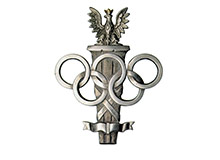 The caving community in Poland, starting in the 1970s, regularly organized and participated in cave-rescue training and practiced cave rescue in Poland and abroad.

The Cave Rescue Group was informally founded during a meeting of representatives of cave clubs in Podlesice on October 25, 2014. The direct reason for the meeting was a series of caving accidents that took place abroad. The Group was then formally established by the management of the Polish Mountaineering Association on July 7, 2015. The Group is managed by three coordinators, and consists of 45 members.

The Group is divided into four sections:

What is the main purpose of our activity?

The main purpose of the Cave Rescue Group is cave-mountaineering support during exploration operations in the entire world, frequently in regions where no other rescue services or local cavers are available.

We are open to support and cooperation with local and foreign cave-rescue services during complicated and difficult rescue operations in caves. Our purpose is not to compete or replace local rescue services.

Our activities are of a social and not commercial nature. None of our rescuers receive pay or subsistence allowance for their activity in the Cave Rescue Group of the Polish Mountaineering Association.

Cave rescue is our hobby.

Who are the members of the Cave Rescue Group?

They are mountaineering instructors, who completed specialized rescue practices and repeatedly taught courses, including on the topic of cave rescue for services like the State Fire Service (PSP) and the Mountain Volunteer Search and Rescue (GOPR).

They are experienced mountaineers, explorers (discoverers) of caves not only in Poland, including in the West Tatras Mountains, but mainly in the world: Austria, Slovenia, Spain, China, which are only some of the areas of interest of our members.

They are also specialists in their fields: doctors, medics, cave divers and others.

They are mainly people who completed courses on cave rescue at home and abroad (including courses of the Spéléo Secours Français, SSF).

In addition, we just go caving, and this is our hobby. We regularly participate in and organize simulated cave-rescue exercises at home and abroad.

How do we train?

We regularly organize cave-rescue courses, gatherings and practices for our members both in-country and abroad on a range of techniques for cave rescue, medical support, service and management of headquarters etc.

Additionally, we train with other rescue services, not only Polish [e.g., Mountain Volunteer Search and Rescue (GOPR), Mine rescue (CSRG), or KGHM], but also with foreign rescue services, actively participating in conferences, courses and practices (including in Ireland, Czech Republic, Romania and France).

Who do we cooperate with?

With every Polish and foreign organization whose general purpose is caving.

Since 2006, under an agreement, the Polish Mountaineering Association and the State Fire Service Chief have cooperated with the National Rescue and Firefighting System (Krajowy System Ratowniczo-Gaśniczego – KSRG) on a range of courses and rescue operations.

We are members of the European Cave Rescue Association (ECRA), focusing on cave-rescue services. ECRA currently consists of 20 members of European countries (Poland is represented by GRJ and GOPR) and observers from the USA and Israel: https://caverescue.eu/. Every year, representatives of these countries meet in a chosen location in Europe to train, exchange experience and knowledge, and mainly to communicate and build a lasting relationship. Through these gatherings we had the opportunity to train together with groups from the Czech Republic, Hungary, Bulgaria, Serbia, Romania, Ireland and many other countries.

We also cooperate with the SSF (Spéléo Secours Français), a cave-rescue organization with a long history of activity. The SSF is considered to be a leader in a wide range of cave-rescue activities in the world.

Where and when did we help?

Accident of a German caver in Riesending cave in the Bavarian Alps at a depth of almost 1000 meters. Over 700 cavers from many European countries worked for over 10 days to bring the victim to the surface. Cavers from the Polish Mountaineering Association were asked to provide personnel in case of need. Twenty cave rescuers from Poland were put on pre-alert.

In Jack Daniels cave in the Tennengebirge massif in Austria, at a depth of almost 300 meters, a Polish caver had an accident. In a two-day operation led by Austrian rescuers, the victim was brought out. Polish Mountaineering Association cavers also participated.

An accident of a caver in Niedziwedzia cave near Kletno. Nine cavers from the Cave Rescue Group of the Polish Caving Association participated in this rescue operation, led by GOPR.

Support and organization of the return of our friend after an accident in the mountains of Georgia.

An accident in Thailand in Tham Luang cave. At the request of ECRA 10 of our cave divers were put on alert.

Accident of two cavers in Śnieżna cave in the West Tatras Mountains. GRJ put 25 people on alert, including 13 mountaineering instructors.